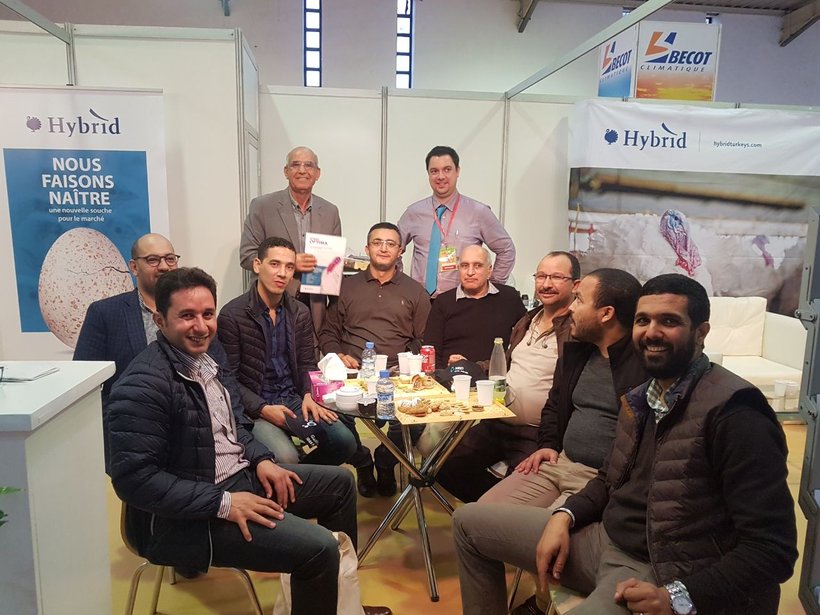 As always, Moroccan exhibitor and organizer were happy to welcome over 10 000 attendees and 360 exhibitors. They organized this trade under the theme: “Poultry production, a pillar for Agriculture in Africa”. Year after year, Dawajine would be a major show in Poultry production for Africa and confirmed Morocco as a partner for African development.

On our booth, Hendrix Genetics Turkeys France and Hybrid Turkeys were pleased to receive all their costumer and prospects from Morocco, North and West Africa; Mali, Guinea, Burkina Faso, Ivory Coast,... Moroccan poultry producers and integrators had a difficult year with low price and low demand on meat. In 2018, they expect a better market.

Thank you to everyone who stopped by the booth.

In this How-To video, we go through how to test for stray voltage. Stray voltage can lead to wet floors and wasted feed and water, which can impact feed conversion and weight gain. Correcting this is…

How to Perform a Successful HE Vaccination

Hemorrhagic Enteritis (HE) is an intestinal disease that causes challenges in turkey poults categorized by enlargement of the spleen, bloody diarrhea, and death. To offer enhanced protection against …

In this How-To Video, we discuss the importance of monitoring the internal temperature of your poults. Learn the ideal temperature range along with how to measure temperature directly using a digital…