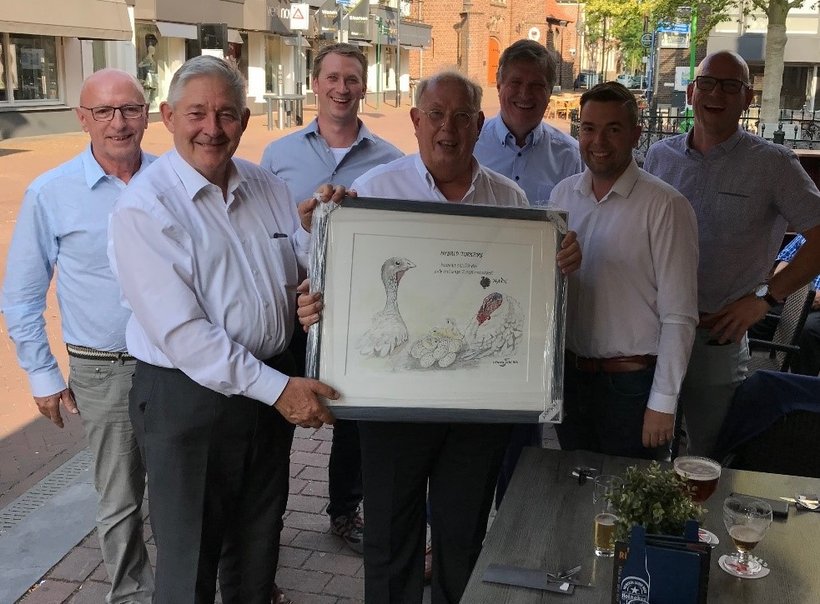 Farewell to a faithful companion of Hybrid Turkeys

On June 24, 2019, a small celebration was held to bid farewell to Hanspeter Christ, a longtime agent for Hybrid Turkeys in Germany.

Hanspeter officially retired on the 1st of July. He has been a faithful companion of the Hendrix Genetics family. Hanspeter has been acting as an agent for Grelier and Grelavi in the sales of hatching eggs in Germany for more than 20 years. After Grelier joined Hendrix Genetics, Hanspeter also began working with Hybrid Turkeys in the sale of Parents Stock in Germany. At peak times, around 16 million hatching eggs per year were sold in Germany.

President Thijs Hendrix and CEO Antoon van den Berg joined the retirement celebration where the group exchanged memories of Hanspeter’s time with the company. The crowning glory was the presentation of two gifts that will remind Hanspeter Christ of the good and long cooperation with Hendrix Genetics. On July 3, 2019 the French team held a a farewell dinner for Hanspeter, a nice evening in the border of the Loire.

We are thankful for all of the years of support and wish Hanspeter all the best in the next phase of his life! 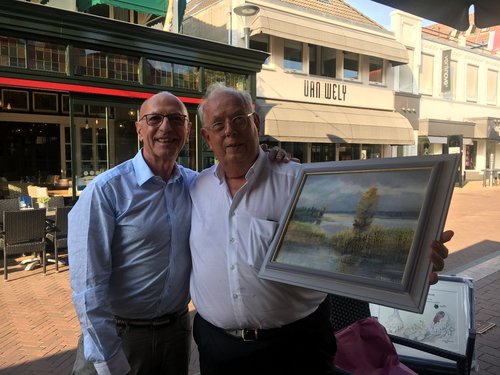 70 years of progress and partnerships

The upcoming industry events are going to be a little extra special this year as we celebrate Hybrid Turkeys’ 70th anniversary. We are excited to meet up with customers, friends, and partners at an e…

The nutritional guidelines provided by Hybrid Turkeys are essential to ensure optimal performance of our breed. Therefore, we have updated these guidelines to meet the needs of our new medium and hea…