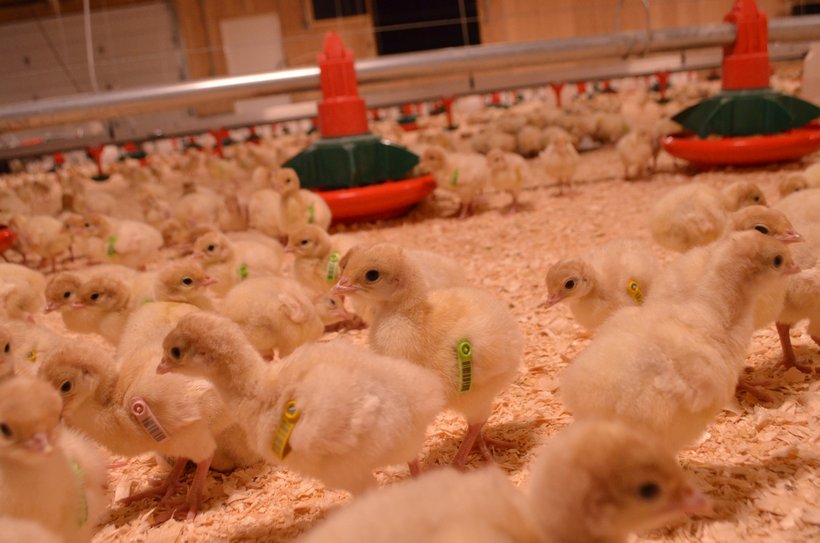 As it did for most livestock species, substantial genetic improvement in turkeys started in the 21st century. In the 1960s, hybridization of turkey varieties began, followed by the development of pedigree programs for Large White turkeys in the 1970s. In the 1980s, feed conversion testing came in, and selection index methodologies (simultaneous selection for several traits) were put in place. In the 1990’s, breeding moved forward again with the use of ‘mixed model equations’, which take both phenotype (observable traits such as body weight) and family genetic information into account.

The year 2016, however, marked a large step forward in turkey breeding with the use of genomics – sequencing and analysis of an organism’s genome (DNA). By combining genomic data with phenotypic data, more accurate selections of desirable traits can be achieved, resulting in faster rates of trait improvement. “What used to be dubbed as ‘a future possibility’ has become an integrated enhancement to turkey breeding programs around the world,” explains Dr. Owen Willems, a geneticist at Hybrid Turkeys, a leading primary turkey breeder with locations in Canada, USA, France, Poland, Hungary and The Netherlands. “With the inclusion of genomic breeding values, the industry moved from a statistical method of breeding called Best Linear Unbiased Prediction (BLUP) to Genomic-BLUP (GBLUP). It involves the inclusion of information on 65,000 DNA markers distributed over the total turkey genome, and has increased the accuracy of breeding values so that a yearly average of 15 per cent improvement in genetic gain could be achieved over previous levels.”

Another benefit of implementing genomic selection, albeit in the short term, is better control and accuracy of pedigree systems. “Through the analysis of genomic information, the processes of insemination, egg collection and hatching can be easily validated,” Willems explains. “ In the near-term, this added information could lead to identifying birds that are ‘carriers’ of certain genes that have a negative impact (but tend to stick around at low frequency) and then filter these birds out of the population.  This information could also lead to genetic improvements in lowly heritable traits (traits where genetic improvement is more difficult) such as fertility.”

Today, Willems explains that turkey breeders around the world focus on balanced breeding, selecting turkeys based on a variety of traits that meet the needs of the market, while maintaining the overall welfare of the animal. He notes that the importance of each trait in a given breeding program depends in part on customer expectations in various market segments. In general, he says most markets are looking for a turkey that offers production efficiencies, physical soundness (animal welfare) and strains which can be sustained well into the future.

Beyond traits related to production and sustainability, global turkey breeding programs include evaluation of walking scores to ensure physical soundness of the birds. Willems says walking scores are closely related to turkey health and survival, and including them in breeding programs ensures that, as the size of the bird increases, the overall stability and strength of the legs that support the bird are also improved.

Willems notes that although genomic selection is an integrated part of today’s turkey breeding programs, the extent of the possibilities that genomics might provide are still being evaluated. However, in addition to applying new advancements such as genomics, another important factor in achieving breeding gains is the safeguarding of sources of genetic variation.

Willems reiterates that turkey breeding programs depend, in part, on what is needed by each market. “As grower, processor or even consumer preferences change, the breeding program will be adapted,” he notes. “Variation in all important traits is largely available. It is up to the industry to provide direction to animal breeding companies on what is needed. Though 10 or 20 years seem to be the distant future, in terms of genetic development, it is really not that far away.”

This story originally appeared in the April 2018 issue of Canadian Poultry Magazine. Reprinted with permission.

Tunnel Ventilation: Ventilating With a Purpose

When the temperatures outside are on the rise, it is important to keep the barn temperature comfortable and consistent, especially during periods of intense heat. Tunnel ventilation has 3 primary fun…

We are pleased to announce that T.J. Koewler joins Hendrix Genetics as General Manager, Americas for the turkey business unit effective April 29, 2022.

Progress is about preparing for the future, today. As the primary input into the turkey value chain Hybrid turkeys is leading the way in applying new and innovative technologies to ensure sustainable…